How is Quick Commerce Starting the Grocery Delivery Race? 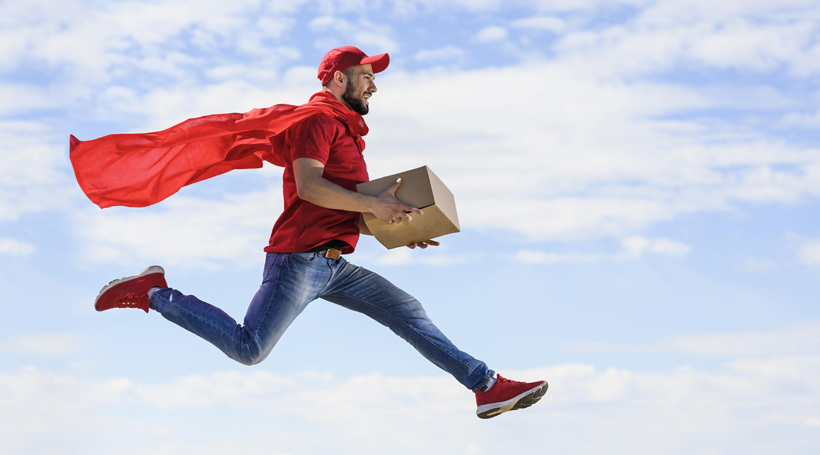 Recent trends have seen a big surge in Quick commerce in the country, with Indian supermarket entrepreneurs enticing tech-savvy customers with the promise of 10-minute deliveries. As such, the race for faster delivery has significantly intensified, resulting in delivery guys always rushing to meet tight deadlines.

India’s $600-billion grocery retailing industry has already witnessed stiff competition among major players like Amazon, Walmart, Flipkart, Reliance, and is now being upstaged with a massive surge by new players like Blinkit and Zepto too entering into the fray.

These newcomers are threatening to shake up and capture a massive share of the eCommerce market from the big players by going on a hiring spree for more staff members and opening more stores in the densely populated urban habitat to facilitate the desired 10-minute delivery time they promise.

They aim to do so by packing groceries in a few minutes in these small warehouses in densely populated neighborhood buildings, or “dark shops”, and dispatching bike riders to delivery sites within the remaining 6-7 minutes.

This convenience of delivering groceries in less than 10 minutes has caught customers’ excitement by satisfying their culinary appetites and impulsive purchases along with their urgent demands for daily supplies, while also creating an alarm among the larger players with the fear that customers getting used to such 10 minutes delivery timeline would turn their own 24-hour delivery timeline into oblivion.

Though a much feasible and likable option for consumers, it has made quick commerce a life-threatening business for 2-wheeler mounted delivery guys in India’s accident-prone roads. Hard to fathom this 10-minute delivery being a company’s USP in the presence of a much-needed road safety regulation focused primarily on this delivery model.

Already burdened with the pressure of challenging delivery timelines, these delivery guys also have to face frequent hindrances like pothole-ridden roads and stray animals, forcing them to violate basic traffic rules and risk their own lives to avoid being rebuked by their bosses in case of failing to meet the expected deadlines.

The drivers too have been facing the heat due to a clear lack of empathy from their employers. As a result, they have had to resort to malpractices to avoid penalization for late delivery, although such shortcuts eventually led them to get penalized for this very same reason. Such developments have forced a group of drivers to raise their voices against this industry practice, with more revolt expected to follow soon.

This risky modus operandi from quick commerce players coupled with an increasing number of road accident-related injuries to drivers have already begun to stir the conscience of consumers for the general well-being and safety of the delivery guys, with a growing murmur from few consumers calling for an overall ban on this 10-minute delivery business model.

But such objections are just a minuscule of the total population of consumers hooked on the 10-minutes delivery services, as these are free deliveries and consumers are not charged anything for that. Although such services are usually charged with a nominal amount in other European countries, the high expectation of Indian consumers coupled with cutthroat competition has forced the quick commerce companies to provide such 10-minute deliveries to consumers for free of cost, while it’s the delivery guys who are usually left feeling shortchanged and forced to work in tough working conditions.

Direct-to-Consumer: How It Will Affect Digitization