Home » Blog » Is D2C the Future of Retail? The Fundamentals of Direct-to-Consumer (D2C) Retail.

Is D2C the Future of Retail? The Fundamentals of Direct-to-Consumer (D2C) Retail. 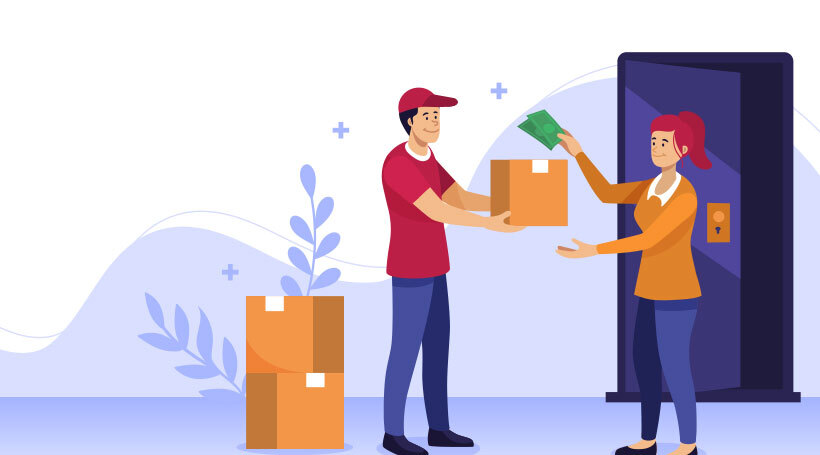 Over the past few years, we’ve seen a new approach to distribution has been emerging and evolving as a movement that is changing how we think about shopping. The term is making rounds. This online concept has spread like wildfire. It’s trending everywhere. It’s called D2C—direct-to-consumer—retailing. It’s not a new concept, but it is taking on a new face.

D2C is not a new concept though. The movement is spreading across industries, from food to consumer goods and everything in between. As we merge the old with the new, the online world is integrating with brick-and-mortar establishments. You can now buy items such as beauty products and designer apparel online, and even get free samples to try before you buy.

Direct-to-consumer retail has been growing in popularity for the last ten years. Brands like Warby Parker and Glossier, which were all the buzz a couple of years ago, have led to an increased interest in D2C for new brands. As a result, there are so many questions on what direct-to-consumer is and how you can dive into this space. The D2C movement today has moved beyond food, and gone global in its scale and scope. More than ever before, retailers are making the direct connection to the customer, cutting out the middleman whenever possible. They are making it easier to shop for you, saving money and time (and getting it to your door quicker).

Here’s a guide to help you better understand where the industry is heading, it will equip you with resources that you should be using to build your brand on D2C, and it will show you how to create a successful strategy.

What is Direct-to-Consumer (D2C) Retail?

Direct-to-Consumer (D2C) retail is when a company sells its products directly to the customer without any third-party intervention. This business model allows customers to purchase products directly from a manufacturer. Typically, this means that customers are able to shop online and purchase items using mobile apps. Direct-to-consumer retail (D2C) is a trending business model—one that appeals to many consumers in recent years, as the demand for unique and personalized products has been steadily growing. This differs from the traditional supplier-to-retailer (S2R) model, in which manufacturers sell their goods to wholesalers or distributors who then sell them to retailers. To determine if D2C strategy is right for your brand’s growth, it’s critical to understand how D2C differs from traditional retail.

In the past, retailers used to rely on general or department stores to display and sell their products. They used to seek for the attention of store buyers to place their products on the store shelves. Instead of the internet, they used to compete for “shelf space” which would decide whether they got the coveted place in the catalog. Most of their consumers were loyal to these brick-and-mortar stores. These stores had a monopoly and they loved it but this was not much beneficial for the retailers/brands. But at any cost, they had to rely on these stores because there were limited profitable channels.

As a retailer, it would be obviously beneficial to adopt a multichannel approach as opposed to offering products solely through a third-party online marketplace. Thanks to the digital era with all emerging channels for the brands such as smartphones, the popularity of social media and e-commerce, retailers can see the tremendous value of selling their products directly to their consumers using their brand website, or retail stores or a robust omnichannel model.

How D2C Changed the Look of Retail:

The term “digitally-native” began to gain traction in popular culture starting in 2012 as the direct-to-consumer movement grew. It was not, however, until 2014 that the retail landscape really began to change. That year, the digital native behemoths began encroaching on the traditional retail territory by dipping their toes into brick and mortar. They started selling their products at Nordstrom, Target and Macy’s – or simply opened up their own stores. In 2015 the first full year of The Honest Company in brick and mortar, they generated more than $100 million in sales.

By cutting out middlemen, these brands saved money and could pass those savings on to their customers — making “D2C” models increasingly viable. These companies were now able to offer the same brands at cheaper prices through their digital channels. Since then, over $300 billion has been invested by venture capitalists into digitally-native startups. Today’s digitally native brands have been able to reach a customer audience that no brick-and-mortar store could ever dream of reaching in-store.

In A New Brand World, Thomas O. Ryder explored how these new brands are using digital tools to update the way we shop and feel about our clothes. It’s a must-read for anyone interested in creating a D2C business or is looking to understand how digital technologies are changing consumer habits.

While e-commerce started with the D2C model, it’s not the only way retailers are selling directly to their customers. Here are 6 more D2C examples:

Why should you invest in D2C?

Based on the statistics from Statista, direct-to-consumer retail (D2C) is one of the fastest-growing trends in the eCommerce sector. As shown by the graph below, during 2017, online revenue as a percentage of total revenue for D2C product lines has reached 47%. This number is expected to rise to 59% in 2022.

The bottom line: The direct-to-consumer model offers retailers a controllable way to connect and engage with their customers. Owning customer data, integrated communication, and overall customer experience are the three important reasons for many retailers to venture into this channel. The D2C business model is similar to the traditional models you may have heard about, in that it involves retail stores (for example, Best Buy), websites and/or eCommerce (Monster.com), mobile apps (Apple App Store) or a combination of these and other channels of distribution to sell products directly to consumers. However, the channel your customers use to purchase your goods is all.

4 Key Reasons Why Businesses Should Opt for Cloud-based WMS

Why Automated Payment Reconciliation Is The Need of The Hour

Top 6 Warehouse Challenges & Solutions in the UAE & Saudi Arabia to Overcome them!